They say it’s who you know that counts, but on LinkedIn it’s how you interact with who you know. What I mean by this is that the LinkedIn algorithm filters your feed based on who you directly interact with through, for example, comments and reactions.

Posts appear in your feed from those you’re connected to or follow, when a connection shares or comments on a post and if you follow certain hashtags. All these posts have to be arranged in some order and while LinkedIn shows you what is most recent, what goes at the top has to do with how LinkedIn ranks your relationships with others and your interest in certain topics.

This is because the posts from the vast number of connections you may have cannot all appear in your LinkedIn feed and hence needs to be culled and prioritised. LinkedIn does this by looking at who you’ve interacted with, gauging information from your profile such as interests and experiences you have in common with others, and who your colleagues are.

Creator side optimisation also comes into play where LinkedIn ranks a connection’s post higher if it is considered to benefit from reaching you. And a popular hashtag that is also followed by your connections will rank higher in your feed.

Now back to the title of this article: how can you boost your chances of reaching the top of someone else’s feed? Contrary to popular belief, the algorithm doesn’t favour certain media formats such as video over text, it’s about creating engaging content that stimulates responses from your audience. Other tips include mentioning suitable people with the ‘@’ symbol in your posts and also in the comments thread if you believe they’ll have something valuable to contribute. Use up to three hashtags as a rule of thumb and try to include niche hashtags here and there for a more specific and targeted reach. Last but not least, engage on your own posts by continuing to throw ideas around in the comments thread and responding to comments in a way that encourages back and forth conversation. These valuable conversations will rank you higher and potentially at the top of the respective connections’ feeds. 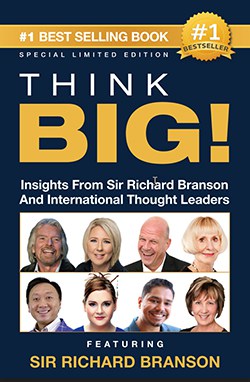